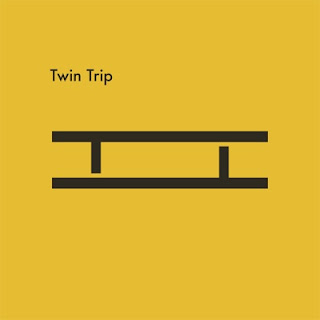 Brainchild of Felix Penny, the not-so-aptly-named trio Twin Trip craft alt-rock with a slight infusion of galacticism. There are a handful of things we like about this release: solid, catchable choruses, straightforward songwriting, and “Heavy Load,” a get-your-rocks-off super-dramatic killer single. “Twin Trip,” in short, ain’t a bad album. It isn’t, however, the kind of album that you rush to put on, or play in your head constantly and make your friends uncomfortable because you’re always singing a few lines from it. It’s good, but despite the solid playing, there isn’t a whole lot to really thrill us; after the last track is spent, all that truly remains is a couple groovy beats (c.o. “Four Wise Monkeys”), a hook or two, and a small handful of kinda-predictable chord changes. We get the sense these guys really like what they’ve put out here, and they have every right to, but we don’t get the feeling they needed to put this one out. So we’re gonna hop on that and say that you guys (our readers) likely don’t need this one, either, even though nothing in particular offends about this album. It’s a great stepping-stone for the band, but we’re gonna hold off our recommendation until a truly great one comes from these guys; for now, take a pass.