Admirers Have Little to Admire on Debut 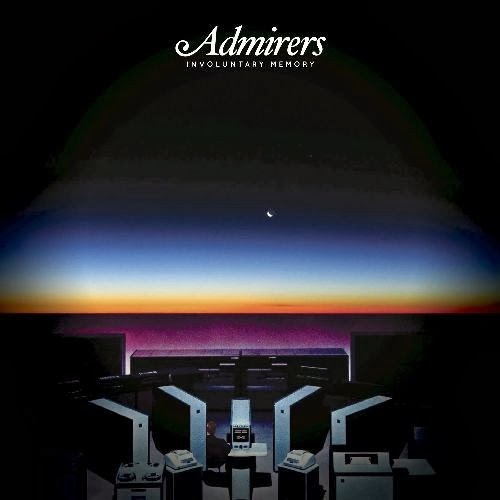 Electro-pop Memphisians Admirers debut their dreamy near-dozen. Now, you know we love ourselves some SVIIB and dance music, but dance music that doesn’t make you… well… dance? That we cannot tolerate. And yet Involuntary Memory is chock-a-block with tepid tempos, deflated beats, and just general averageness. These songs here all seem to borrow the same two-and-four beat, never changing, as reliable as the trains – moreso, jab at the MBTA. Which makes for exciting dancing, of course.

The tragedy of it all is that “Return,” the opener-slash-single off the album, is really a great four-star bright pop with a super-emotive chorus. We admit, it’s what drew us in initially. The next best track on here is “Rhythm Mirages,” which is a whole step down: fairly satisfying, and at least it proudly declares us to “dance to the music.” And after that, the rest of these tracks fall off the cliff as far as writing goes: they all blend into each other, lose their individuality, and end up as one gray mass of overcooked pasta. It’s not as if they stopped trying, but Admirers stopped working hard. It takes a serious amount of effort to come off effortless; a great deal of thought to be spontaneous, and this dance album lacks both. It’s a shame to get sucked in by one good song, but it’s part of the music business, unfortunately.

Our excitement lasted the 4:42 of the first song and no further. This album is yet another drop in the ocean of mediocrity out there. Take a pass.

Check Admirers out on bandcamp.