All Grooves, No Pain on The Suffers Debut 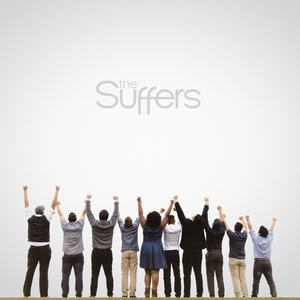 Let’s cut to the chase, not run around and make you suffer with our writing: we like The Suffers. We want to love them, yes, but we think we just like them. That this Houston, TX ten-some is so young is something of an anomaly, as they produce fine, original classic soul a la Sharon Jones and the Dap-Kings (seemingly embodied in the form of Suffers lead singer, Kam Franklin). And to cut past the chase – is that an expression, even? – we’re going to say this: The Suffers is going to be a band we’ll keep an eye on.

There, we got that out of the way. Now let’s look at the music.

These songs are written well, and performed well, to boot. We caught the large band at last year’s Newport Folk Fest, and we knew we had to get in touch. Released early in ’16, their self-titled debut album, while crafted well, executed well, it’s missing something that their live show definitely had. Spontaneity, you might ask? Something more like grit, we’re going to say. We love that these young musicians are taking such a difficult, nigh impossible genre to add to – conquered by such titans such as Aretha, Etta James, Diana Ross, let alone the many male legendary singers – that it’s a near-insurmountable task to jump right in. But jump they did. However, that grit still… this band plays very, very clean. Very precise. And yes, Ms. Kam Franklin has pipes (see our favs “Midtown” or “Gwan”) but we think this band just needs to mature a bit more. We think that’s about it. We could spend all this time comparing them to the greats within the genre, but how fruitful would that be? – and besides, we think they’re going to be fantastic, stunning in a couple more albums.

So then, that 3.5 / 5 up there. We’re not quite feeling this album as a needed go-to, but we’re going to say this: if you’re impatient to get in on some new classic soul, look no further. These guys (and gal) are likely going to be the real deal. Get in on the ground floor, and catch them live while it’s still easy. Recommended.

And you gotta catch them on Soundcloud. You gotta.