Big Science needs more of a challenge on Difficulty 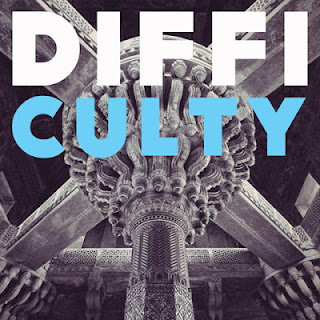 The difficulty with albums ones like Chicago transplants Big Science is that they’re not bad: it’s a fair selection of classic-80s-inspired alt rock that the quartet has assembled here. But we’ve got to make the distinction to you guys (and/or gals) so it’s gotta come down to whether you should purchase a release or not, and ultimately we’re going to pass on this otherwise decent album. What is it lacking? We’re not entirely sure; the song construction works on their confidently-paced “Loose Change Century” and the anthemic “Blind Our Eyes.” When we hit “Headlight Song,” the crew is still all working together rather well even if it’s short of captivating. But what in Difficulty throttles us? Not a whole lot. These gentlemen are competent in their craft, but their debut here just doesn’t have that special (apologies for the French) je ne sais quoi, that essence and life that makes a track last long after it’s been played. It’s the kind of insight that keeps us going back to the Yeah Yeah Yeahs and those hella-rockin’ Canandians Bella Clava, some sort of recklessness and depth that comes out in the music that’s lacking here. We think when these guys challenge themselves a bit harder, their performances will reach up to the level we’re looking for. But until then, take a pass.

2012-11-14
Previous Post: Bury Me a Lion digs up great talent on debut
Next Post: Buzzmutt’s beauty not in Mind’s Eye, either