Bury Me a Lion digs up great talent on debut 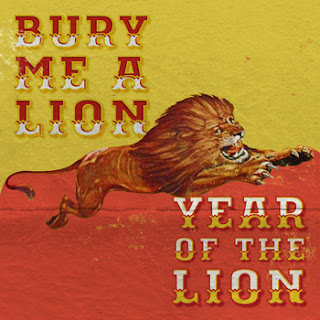 From out of nowhere comes this leaping lion at us from New York City, a quartet’s worth of slightly punked modern rockers. Go ahead, spin up that opener; if “Be Your Own Bomb” doesn’t swagger like a Mick Jagger then maybe you’re hearing wrong – these guys are the real deal, and they sway with as much confidence as any sum of Strokes has. Actually, that’s probably our best approximation to the Lion’s sound: a Strokes kind of drive with a more enthused singer (and he’s really solid to boot). Our other comparisons might include bands we rather despise – groups like Maroon 5 (for their energy) and other more pop-prone outfits – but the fact of the matter is we’ve got that link down there for y’all to check them out, and we’re telling you to do just that. In this game, it’s unfortunate that a lot of bands get buried and lost (buried – get it???) but sometimes that happens; unlike most of those guys just cutting their teeth, BMaL is ready and rip-raring to go, whether on their sundry straight rockers or on a somber one like “The Road.” Try them. It’s not their year yet, but they’re going to get enough traction in the next few that you’ll want to be in on the ground floor. Don’t bury this one; recommended.

Check out their album (and buy if you likey) right on the LION!