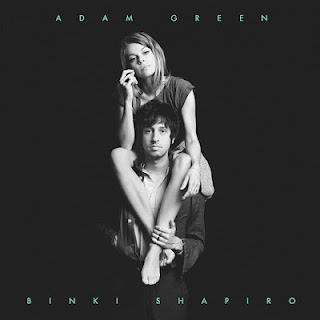 The Civil Wars. Slow Club. The White Stripes (though they’re related). There are certain dynamics that come out in a guy-girl duo, whether you’re singing ballads or slashing rock, and on Mr. Green’s and Ms. Shapiro’s debut here, we’re just not getting that. We’re not saying they have to kiss or anything crazy like that, but there’s such tepid chemistry in their music together that we wonder if we’re missing something big here. We’re also going to fault Adam with some of that in particular: his unemotive baritone is frustratingly bland. Binki isn’t exceptional here, but better, though the end result is we’re left with such songs as “Casanova” and “Just to Make You Feel Good,” both of which plod around like annoyed hippos. We suspect they’re trying to work some strange vocal dissonance vibe between their two vastly differing styles, but all we’re left with is a bit of a shrug and a question mark. What keeps these two making music together? They’re cute, we guess. We haven’t more to say on this, though Slow Club did get off to a slow start with their debut, and we hope this duo’s next one picks up some serious traction. Take a pass.