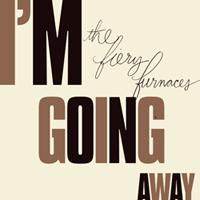 The Fiery Furnaces – “I’m Going Away”
Thrill Jockey
– Out now

The Furnaces, brother and sister combo Matthew and Eleanor Friedberger, have been known to frustrate typical music aesthetics, as well as the occasional listener, throughout their impressively fruitful six-year career. Their eighth album hearkens to their tradition of bizarre song construction and melody with the two opening tracks, the aggressively avant-garde title track and lull “Drive to Dallas.” While these tracks are more abrasive than amusing, the rest of “I’m Going Away” is filled with strangely satisfying songs, such as the uplifting lilt of “Even in the Rain” and feel-good pop of “Lost at Sea.” While there’s a chance you might not catch on to the slightly off-kilter style of their melodies and some of their sudden changes, it’s still worth the shot to listen to the Furnaces’ fresh take on pop and rock. Recommended.