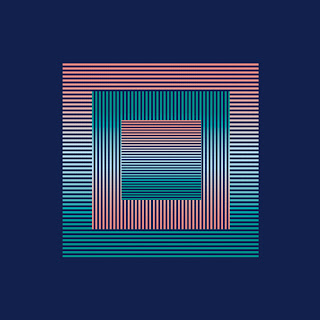 It’s sweet summer electronic pop that we get from Montreal’s Young Galaxy, five musicians on their fourth album. It’s shimmery, mid-tempo driven with clear female vocals, and as much as we want to like it (and we kinda do), we’re finding it a bit plain and unadorned. Sure, it can be a cool dip in the water to summer’s unrefined heat (“Hard to Tell”), but it lacks depth and resilience; it doesn’t feel all that special, doesn’t give us the heebie-jeebies when we spin it up. We’re not sure where this one should go; perhaps a bit more layering; perhaps pick up the beat a bit more, spin it on different wavelengths. Yes, perhaps that is it, perhaps it is a matter of using the same tempo. Regardless, we’re coming down on the negative side of things, despite the otherwise fun and glam-y feel.

Our favorite of the tracks must be “Pretty Boy,” a four-star opener with a build that drives harder than a Mac-trucker. It’s got great balance between the build and the chorus, excellent layered parts, as you can see below. Our next favorite, then, is “Out The Gate Backwards,” which also has a whole slew of layers; it’s more upbeat and dance than the three tracks that lay between them. But ultimately, Ultramarine is the kind of album you’re going to spin up a few times and forget. Sure, it’s got great seasonal timing if you’re in the upper hemisphere, but it doesn’t run wild, it’s not untamed fun, glorious explosions of bliss. It scratches the itch, and nothing more. Tracks like “Fever” are just pure bass, and quite frankly, we need more than just bass. We need pop bubbling up, threatening to drown us in imagination and discovery, which is mainly what is missing from this release.

So feel free to pick up Ultramarine; it’s put together well, it sounds good, and it generally gets there. But we’re not expecting it to last much longer than a week on your player, with its played-everywhere beats. It is a solid attempt, but we’re going to recommend you take a pass.

2013-04-18
Previous Post: Victory comes off with one for debut
Next Post: Hanni El Khatib Can Pull Head from Dirt on Sophomore