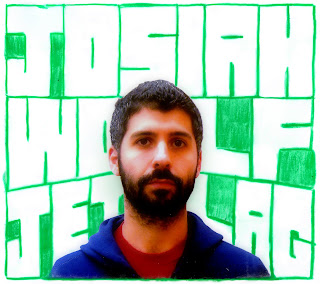 Josiah Wolf of Oakland Bay’s indie outfit Why? has struck out on his own with his first solo album. Sonically, this album takes greatly after Jim O’Rourke’s solo albums, in vocal pitch, as well as in the unusual choice of lyrics (“The way we communicate makes me feel like a snake,” from “The New Car”). His strength here lies not in the hushed and somewhat warbled pitch of the vocals, but moreso in the lyrics and instrumental choice of bells, xylophone, wood block, etc. While the album is vibrant sonically speaking, it lacks a definable pull; each track passes by with quirk and charm enough, but leaves little stuck in the memory. Sometimes the sign of a good song is that it gets stuck in your head, and while that can sometimes be frustrating (Britney Spears et al.), you probably won’t find Josiah Wolf humming to you during the day, which is unfortunate, as this outing would otherwise fit a great slot in your collection. Great for the diehard indie, and especially for Jim O’Rourke fans; but not memorable enough for a general recommendation.