Margot and So and Sos just so-so 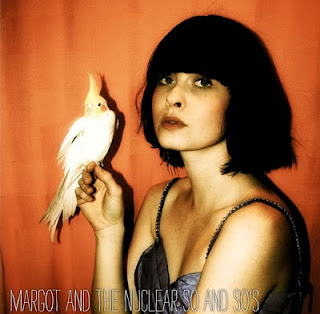 With a name like “Margot and the Nuclear So and Sos,” you can’t really go wrong, can you? And the third original release from the Indianapolis indie-rock band doesn’t seem to go exceptionally wrong, either. But the one question that it doesn’t seem to answer is how their sound distinguishes it from the pack. Consider the following: Fleet Foxes has a classic, baroque feel to it; Wilco has great, laid-back guitar solos; My Morning Jacket has, well, Jim James. On “Buzzard,” Margot strikes too middle-of-the-line: the choruses aren’t quite singable enough, the song construction is pretty standard, the lyrics (apart from “Tiny Vampire Robot”) are sadly unmemorable. And while kidnapping Jim James would help them out, “Buzzard” would still run into the problem of lacking a unique, distinguishable musical voice. (Which is strange, considering their debut material is so strong – check out their MySpace.) The end result is an album that is too conventional and bland for the average indie rock fan. Pick up their earlier stuff instead.

2010-09-16
Previous Post: “No Ghost” could use a bit more spirit
Next Post: Haunted Graffiti is spooky good