“No Ghost” could use a bit more spirit 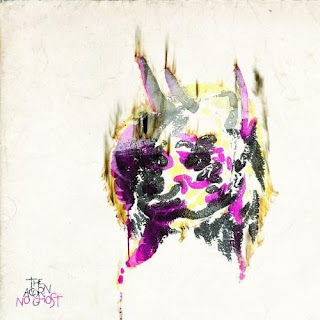 As the fourth album from the Ottowa, Canada indie rock group The Acorn, No Ghost is a pleasing little album. With enough charm to win over some of the rock crowd, the only thing No Ghost lacks is more musical personality. We admit it’s written well enough to work, but what makes it stand out from the crowd? While we enjoy the downtempo of “On the Line,” much of the album is spent in a near-middle pace; what we look for is whether an album makes a strong, if not bizarre, statement (“musical statement,” not Lady Gaga “fashion statement”). And while calm and composed works on songs like “Bobcat Goldwraith,” and “No Ghost,” we feel the average listener might be at a loss as to how to describe the mood and style of this album to their friends: “It’s something like [rock band A] but not quite [rock band B].” We could waste more time making comparisons, but it comes down to the fact that it’s simply more fun to listen to something out of the typical mold, even if it does share Phoenix’s vocals (rock band A) and Wilco’s pacing (band B – without unusual lyrics). Good, but probably not a go-to album on your player.

2010-09-08
Previous Post: Dead Confederate quite alive on latest
Next Post: Margot and So and Sos just so-so