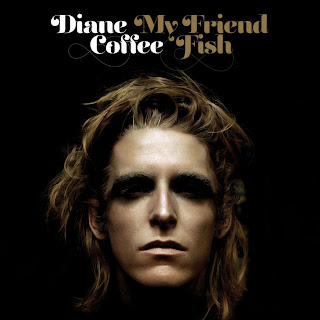 We love “Tale of a Dead Dog.” It’s absolutely gorgeous: with angelic vocals sings former Disney voice actor Shaun Fleming over melodic acoustic guitars. It’s a truly precious song. But now-Foxygen-drummer Fleming has a whole album to fill out, and our verdict on it is less than glowing. It’s not poorly executed, or dull in the writing; rather, it is simply unengaging. We have yet to find another song of the ten that gets us thinking (“Tale”), or dancing (“WWWoman”), or whatever one should be doing when you put on a song in this debut solo effort. Perhaps it was a bit early to change careers.

There are those who feel adding hot sauce makes everything better. To transplant the thought into musical terms, it’s as if adding a low-fi feel to everything makes it better. We disagree on both counts, but Mr. Fleming, on the other hand, appears to be in accord with this (“Eat Your Love (with Sriracha)”). Example: “That Stupid Girl Who Runs a Lot” is so heavy on the faded vocals, that it annoys us. Example two: “All the Young Girls” also flattens the vocals, and when we hear things like that, it makes us wonder what the artist is trying to cover up. Not a whole lot here, but then again, we do feel these songs just don’t come alive. They could be layered a bit more, denser. Or maybe the performances could pop a bit more. Or even the songwriting could jump out of the typical verse-chorus-verse mode. Whatever he can do, Fleming needs to kickstart to these songs and make them linger, make his listeners enjoy and unfold the songs. Give it a musical heart! As they are, the songs work, but not hard enough for our tastes.

There may be something to Diane Coffee in the near future. We’re not certain; we can’t predict that. But we do know “Tale of a Dead Dog” is where Fleming should be striving, and the rest of the album doesn’t live up to that. Take a pass.