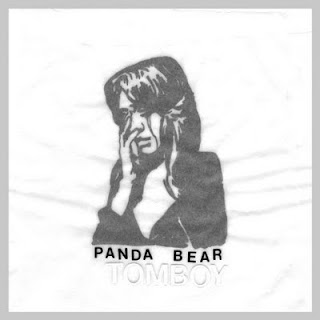 It’s here. It’s finally here. After Animal Collective’s incredible Merriweather Post Pavilion, the much awaited solo album from AC frontmant Panda Bear (aka Noah Lennox) has finally come to the masses. If you’ve kept up with the creation of Tomboy, the tracks here have been released on separate singles, though this LP offers different versions of the tracks. First impression: this is going to take some getting used to. Just like MPP, the denseness of this album is something of an acquired taste, and P Bear doesn’t give much ground. Around listen 3-4 is when you finally get used to the almost cyclical, wandering drone of the electronic background (and vocals, for that matter), and by the time you hit listen #5, you’ve probably made up your mind. The sixth spin is when we’re able to pull it apart a bit, finding this album far less poppier than MPP, which may certainly be a detractor, and by the seventh try, it finally sunk in. Not an album for lightweights, and if you didn’t enjoy MPP for some reason (be it dizziness or nausea from all the disparate parts), this is probably not for you; same if you’re expecting a clear verse-chorus-verse construction. Still, grand, uplifting, and certainly different; the perfect album for the adventurous listener, though a step down from MPP. (Plus, it comes with a solid live set!) Recommended.