Pop/rockers should hold their ears to Tin Can Radio 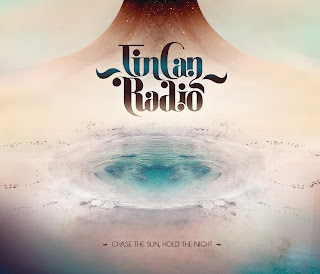 If there’s one thing that can be said about the debut album from Aussie rock group Tin Can Radio, it’s this: poppy. But in this case, saying one thing isn’t enough: “Chase the Sun, Hold the Night” is energetic, fun, and contains some varied, really well-constructed music. The kind of music that surprises, just catches you off-guard. “A Deafening Silence” is a perfect example of this, opening like a light pop act before breaking into thrumming guitars and punked-up dancy vocals. What these guys do best, in order, is 1. Maintain excellent rhythm and cadence, vocal and otherwise; 2. Polish their tracks like each one’s a ’72 Chevy Camaro, and 3. Pull out guitar riffs that must have been played a million times, and make them sound fresher than a Prince of Bel-Air (just try the bridge on “Hot Trash”). Their biggest detractor is that they’re playing to a crowded market (pop/rock with a bit of punk) and they might have a little trouble sticking out; also, they hit on some synth that feels a bit aged for them. Regardless, this is a fun, enjoyable release by any stretch of the imagination, and comes recommended.