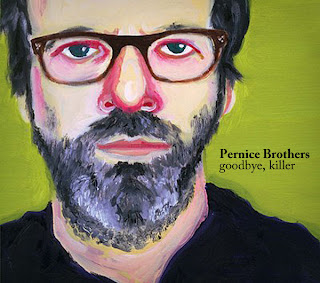 We want to like the Pernice Brothers, from Dorchester, MA, and there is something to like here. The sixth studio album is enjoyable, standard fare indie-rock not unlike Jim O’Rourke’s solo work (“Insignificance” in particular), with drums, electric guitar and vocals. In this setup, everything’s based on the quality of songwriting and lyrics, and at least the lyrics are pretty good. Listening to this album again, though, it’s hard to say what reactions Joe and Bob Pernice are trying to evoke from their audience; while good, the lyrics don’t strike any special chords, and several songs don’t musically strike us as original. With minimal experimentation in terms of song structure, the album tends to come off a bit bland sonically speaking. One of our favorites, “Something for You,” hits with a good chorus, but even then, the Pernice Brothers doesn’t seem like a pop act waiting to reach the chorus. What they should be is that little poetic indie group, like Wilco or Yo La Tengo, where they can summon images that strike you flat with their truth and beauty. But that doesn’t happen here, and what this album amounts to, then, is a passable, though not particularly memorable collection of new, but not surprising, tracks. You’re time’s better spent elsewhere; take a pass.