Radiation City Rides in the Median too Long 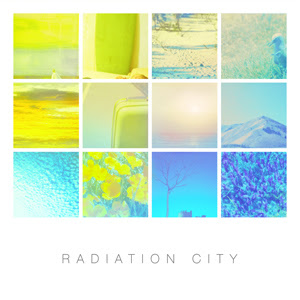 The Portland, Oregon’s pop unit has some mixed blessings on their sophomore. Their sound is deliberate, their decisions intentional; there isn’t much room for putzing about on the album. They know what they want and they go right for it. Unfortunately, some of these tracks are fairly sleepy, and that’s perhaps the best way to put it. Every now and then, they drift a bit dreamily, and come out the worse for it. And what they go for isn’t necessarily tight and focused, it doesn’t always produce a brilliant listening experience, but let’s start where they went right.

“Foreign Bodies” is the cheerful, buoyant single off this album. The flute bounces the listener along the pop single, and it’s just sheer enjoyment that cascades off of it. Radiation City seems to know this, and follows up the track with a cool-down “Wary Eyes,” which is one of a few throw-aways. We feel the band could come up with a dozen reasons why this track belongs on the album, none of which being that it is good on its own. And this seems to be a problem with the album, for as much as it strives to be excellent, there is always that artsy-reasoning behind the songs that causes them to go for moods that don’t work instead of crafting songs for listeners to get into. The closer is a perfect example of what we’re talking about, a track that just falls flat on its own, dreamy but somnambulant, and goes on for far too long doing nothing. The album is hungry for substance, and cannot afford transition pieces like “Entropia,” but we do have to note that “Lark” takes the more arty feelings on this record and makes them work.

Nonetheless, the whole is a bit disappointing. We have a link to “Foreign Bodies” down there for you, but keep in mind it’s really an exceptional track in that it’s unlike the dreary stuff on the rest of the record. It comes from the right place, but just doesn’t arrive there; take a pass.

Listen to that single right… here!