Unknown Mortal Orchestra are only mortal on number two 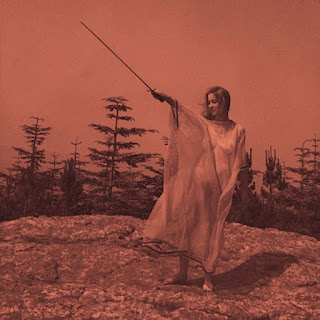 There’s a subdued simplicity about II, the second full-length from New Zealand trio Unknown Mortal Orchestra. A simple backbeat, half-hushed vocals, one guitar hook and a chorus; somehow all this suffices for “So Good at Being in Trouble,” a crazily simple track that can easily fly under the radar the first few listens. The chaps stamp this almost shy approach on each track, sort of an unconscious decision to hold back, ultra lo-fi, and this is their greatest asset as well as hindrance. It gives II the distinction of not trying to try, almost to the point of pain.

“One at a Time” is an exception to the rule; the funk rules it, seeps through despite the low-seeming production values, and this is how their music works at its best: good songwriting bleeding through all the lo-fi. It works for good punk, and it’s what’s supposed to work here. One track later, “The Opposite of Afternoon” is the opposite of what they should be doing: it’s superimposed in lo-fi, it drowns in the deluge and can’t come back up for air. It’s a throw-away, and Unknown Mortal Orchestra has a few of these throughout this album, as well as a few more standouts.

It’s wobbly terrain here. The Orchestra, which is really just guitar, bass and drums set to vocals, is maybe a bit too set on their sound when they need to really have standout knockout songs; which they do, just not an album’s worth. We’re going to add “Faded in the Morning” to the list of great tracks, and leave it there; otherwise, take a pass on this sophomore.