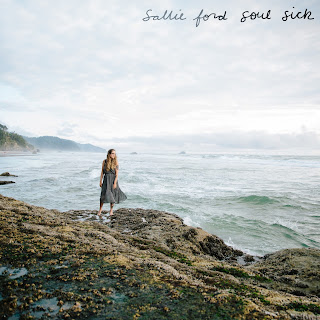 We love Sallie Ford and her Sound Outside’s 2013 release Untamed Beast. It’s buoyant, joyous, fun, and all-around a great album. It’s a rocker, and it knows it.

We’ve got to bring it back to what made Untamed Beast so good. Ford and her Sound Outside had just hit their stride musically: they felt spontaneous, they gelled, they rocked it out of the park. Here, Ford’s backup doesn’t feel like they quite gel. Their guitar licks are passable (which, in this day and age of Karen O among others, is sub-par), and Ford’s rhythm section never quite hits a toe-tapping groove. It feels like they play because of obligation, not from joy of the material.

Song-wise, the writing is still above-par for Ford. There are good twists, good lyrical depth, but again, without the right kind of execution, it falls so so flat. While Untamed Beast was something of Ford putting on a Beyonce pro-sexual stance, Soul Sick tries to tackle deeper topics here. We’d definitely argue these songs are written better than Untamed Beast’s – topic, construction, etc. – but again, sometimes it’s more “how” than “what,” and this is one of those unfortunate cases.

Simply put, Soul Sick is good material, but it doesn’t quite pick off the runway. We just don’t find ourselves wanting to put it on again and again; take a pass. And do pick up Untamed Beast instead.

Check out Ford’s website right here for to stream.