Swallow Key’s sophomore as thin as a Ghost 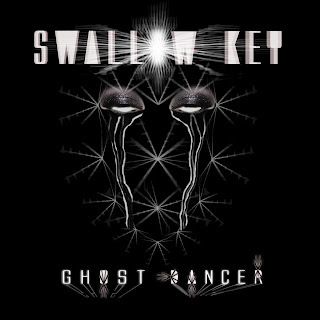 In true San Fran tradition Swallow Key (the work of one Robert Eujene Ogden) is an eclectic, unusual electronica band part world music and part groove beats. The sophomore album, Ghost Dancer, employs everything from the sitar to the xylophone to samples from George W. Bush. It’s ambitious music, yes, the kind that attempts to invade your cerebellum and still get you to boogie coolly to it, but in the end, we’re left a bit cold; the music comes off too art bratty, too over-the-top and out-of-the-ballpark for our tastes. It’s one of those albums you might bring to a close friend who shares a hatred of everything popular and indie and underground (and even under-underground) who must be one of a few dozen people to listen to any given set of tracks. In short, it’s just too much.

The music lightly touches with sitar and hand-drums built under with electronic beats; that and hushed, half-whispered vocals. It likens itself to an indigenous chant much of the time, and while the effect is cohesive between these three elements, it comes off too cerebral to be comforting or entertaining. “Make Me An Animal” is the strongest electronic-feeling track, and where we feel some of you electronica readers might be most interested; even here the beats are too measured, too synthetic almost, and lack that spark of inspiration that lives in something truly divine. Eujene here is very precise in each of his movements throughout each of the nine tracks, but he’s taken care to write music that is interesting to write rather than music that is interesting to listen to: it has bits and boops, but no body. We felt if Swallow Key were more outgoing, braver with their musical dictionary, Eujene might have made something better than this tepid stew of self-absorbed post-indie drivel.

Indeed, we are not putting our stamp on this one. We’ll leave it to that friend-of-a-friend of yours living in the basement, still mucking over his tape reels and angry that you capitulated to buying CDs two decades ago to enjoy what is, for us, a hollow effort. Give up the Ghost Dancer and take a pass.

Listen up on Soundcloud.

2013-03-18
Previous Post: Low hit a new high on The Invisible Way
Next Post: Change that Becomes Wire is Old Age