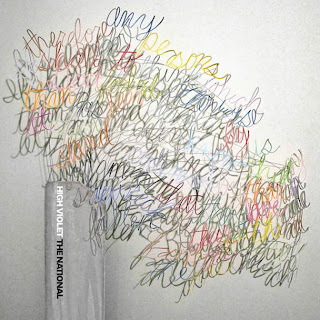 This is a tough cookie for us at the blog: following their breakout 2007 album “Boxer,” the Brooklyn, NY band release their fifth album to anxious indie crowds. The verdict is… well, we’ll get to that in a bit. Here’s what we hear, though: droning, monotone vocal range, excellent backing instrumentals, and similar-sounding, monochromatic songs. Their music is an acquired taste, one that we don’t have yet, and while we don’t want to write off The National, the first 3/4s just don’t pull you in. What we do appreciate is the explosion of sound and emotion starting at “Conversation 16”; it is vibrant and upbeat, and more importantly, breaks the vocal drone established in the preceding eight tracks. The album feels as if it were slow build to this coda, and while an interesting concept on paper, it makes you appreciate the last few tracks far more than the rest of the album; the whole should sound more like “England” than what they have leading up to it. If you’re already a fan of The National, or don’t mind Matt Berninger’s lack of vocal variety, it works well enough; otherwise, it slips from getting a recommendation.

2010-05-06
Previous Post: New Pornographers bring it “Together” again
Next Post: Sandoval shows good timing on “A Time for Love”