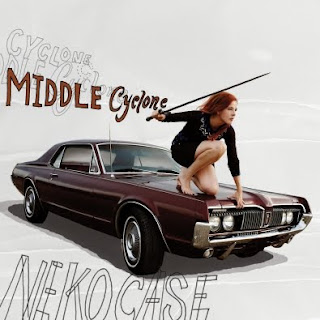 It’s all about the Neko. Her third album since 2002’s breakout “Blacklisted,” “Middle Cyclone” is one of those rare CDs that, on paper, just doesn’t work. Twisting, seemingly random song structure, strange, obscure lyrics, a killer whale as one of the narrators, all in all, it doesn’t seem to add up as the top album of an artist’s career. But it does work, and it’s no fluke: marking 11th on Amazon.com’s top albums of this year, we feel, is due to these unusual and poppy songs and Ms. Case’s fantastic country-ish vocals (maybe the red hair, too). While it can easily top any list, we at the RMMM blog feel that, while popular, “Middle Cyclone” is still a little below “Blacklisted” and 2006’s short but brilliant “Fox Confessor Brings the Flood,” earning her slightly less than top honors. Still, any way you cut it (with a knife or a sword), this album should be in your collection. Highly recommended.