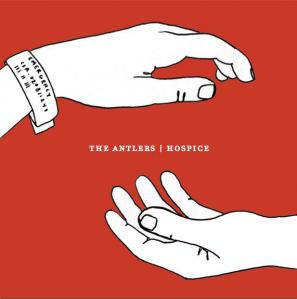 The Antlers have taken a giant gamble on this ambitious concept album, and in many ways, it has paid off. Their fourth album is replete with synthesized sounds, hushed Grizzly Bear vocals, electronic buzz, and perplexingly, an achingly slow pace. But this all serves to the Antlers’ advantage, as they pull off several strong tracks: “Sylvia,” which burns slow and soft until the brash chorus; the strange opening lullaby of “Bear;” and the plaintive pulse to “Two.” In general, you’re likely to run into a good track on “Hospice,” but it still has its few detractors: extremely soft vocals against loud guitars makes it difficult to distinguish the lyrics in several parts; “Prologue” and parts of “Thirteen” spend too much valuable empty space; and despite the 50 minutes, the album could use a bit more content, probably in slightly more complex song structures and layering. Despite all this, “Hospice” is still likely to make a home in many music collections for a long while, especially for those fans who don’t mind having to sit down for repeat listens. Certainly not a CD you’d keep in the car, but that’s a good thing here; recommended.